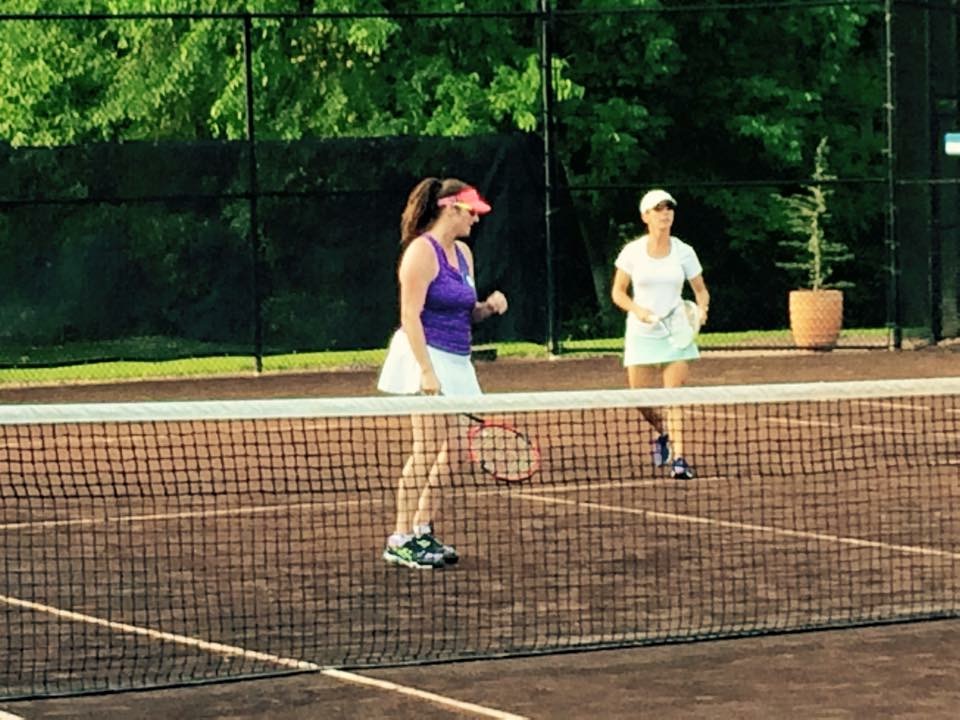 No, this is not about coffee or tea breaks, but rather a place to share ideas for enjoyable social tennis. Having Social Tennis is a great start as it will get people on court for you in the best possible combinations. However, you still have to decide on what game format to play and how long to make each round. Hopefully these ideas will make sure things don’t get boring.

FRIDAY NIGHT MIXER: This is a social play for our members and it is organized by our member volunteer help and is played by diving players in two groups. Group one is for players 2.5-3.5 and group two is for players 4.0 and up. To sign up please check our member newsletter or contact the front desk.

SATURDAY MENS DOUBLES: This is another social play for our men players and its lead by one of our volunteer member and its organized though out the year. The Saturday play is for players 4.0 and up.

SUNDAY MENS DOUBLES: This is a social play for men’s 2.5-3.5 level and its organized same way as the other socials and its a good way to meet and play with other follow members of Blakeney.

THE FOLLOWING ARE FEW IDEAS AND FOTMATS FOR THE DIFFERENT ROUND ROBIN PLAY.
You’re very welcome to come up with your own favorite formats to the social event. They don’t even have to suit Social Tennis. Any fun formats are welcome – see Cats and Dogs, or Triples, below for two off beat formats.

Use Social Tennis to assign players to courts. Play several rounds of short duration – say 12-15 minutes. It doesn’t matter if you have more players than courts as the rounds are short and Social Tennis will give everyone an equal number of games. Of course, everyone gets to play with different partners in each round as well. Score in table tennis fashion. Give each player their own score card (the back of a sponsor’s business card is ideal). At the end of each round, each player records their side’s score on their own card. Total up the points to find the winners, but also have prizes for average score, lucky draw, etc.

The format is basically the same as Kiwi Doubles except for scoring. Use Social Tennis to assign players to courts. Play several rounds of short duration. Score in whatever fashion you like – no ad games are good. After each round, give 2 playing cards each to the winners on each court and 1 each to the losers. At the end, everyone counts their cards as follows: add up the values of the black cards and subtract the red cards. Picture cards count for 10. Prizes, of course, for highest, lowest, or whatever you decide. You will need several old packs of cards for this one.

Poker tennis is a variation of Reds and Blacks. You will need several old packs of cards. The format is basically the same as Kiwi Doubles except for scoring. Use Social Tennis to assign players to courts. Play several rounds of short duration. Score in whatever fashion you like – no ad games are good. After each round, give 2 playing cards each to the winners on each court and 1 each to the losers. Tell them to hold on to their cards, but don’t tell them why or the less scrupulous will start swapping cards! At the prize giving, ask everyone to get out their cards and the winner is the person who can make the best Poker hand with any 5 of their cards. Have random prizes as well for hands such as a pair of 2s or jacks, etc.

Kings of the Court

This is perfect for when you have exactly the right number of players for the number of courts. Start with all players on court in whatever pairings you fancy (you don’t need Social Tennis for this). Play 4 or 5 rounds of about 12 minutes. Score in table tennis fashion with each player having 5 serves in rotation. At the end of each round, players change courts as follows: the winners on each court move up a court and split up, except for the winners on Court 1 who stay put but still split up; the losers on each court move down a court and split up, except for the losers on the last court who stay put, but split up. The Kings of the Courts are the winners on Court 1 after the last round is completed. This will have all players on court for more than an hour so it is a good idea to take out a tray of drinks after a couple of rounds.

Use Social Tennis to assign players to courts. The Free-for-all mix type is fine as the handicaps will balance out skill levels. Play several rounds either for a fixed time or a set number of games. Use no ad scoring (i.e sudden death at Deuce) and positive handicaps as follows. For 1st game there is no handicap. Losers of 1st game start 2nd game at +15. If they lose the 2nd game they then go to +30 for the 3rd game. However, if they win the 2nd game, they go back to love for the 3rd game, and so on. Maximum handicap allowed is +40, which means just one point need be won to take the next game. At deuce, the team with the handicap gets to choose which side should be served to. This is a great leveler and matches are always very close.

I have no idea why it is called this but it is a fun way to finish off any event. Get everybody on one doubles court, split evenly on either side of the net. Have as many players as you like – even 40 plus. Somebody starts with an underhand serve from anywhere within the court. It must bounce once on the other side and then can be returned by anyone. Volleys are okay but not hard hitting or smashes. The rally continues until someone makes an error and that player is docked a life. Everybody has 2 lives. Anyone who loses both lives is eliminated. Keep playing until just one player is left as the winner. It’s good to have a fun umpire for this. They can add to the enjoyment by ordering players to move forward and back from the net, swap sides, penalize unfair play, and generally stir things up.

This one comes from Kjell Petterson and is a super fast knockout competition that is another fun way to finish off any event. Get all players to line up beside a court. You need to have them in some order (e.g. tallest to smallest, or alphabetically by first name, etc). The first two players play a single point match. Toss to determine who will serve. The loser is eliminated. The next 2 players in line now play a point and so on until the first round is completed. All the first round winners now line up and go into the second round of one point matches. Continue until just 2 are left to play the final. This is a quick, fun ending to a mixer, and you can be sure that there is a lot of cheering and heckling from the spectators. If you wish you can introduce handicaps such as men get only one serve. Thus, a man can single-fault and be knocked out immediately.

Yes, this really does mean 3 players a side. It is great fun and surprisingly, there is plenty of room on court for everyone. Rallies are often long and entertaining. The key rule is that one member of the receiving side receives serve for an entire game, both in the deuce and ad courts.

pA round robin format works well for organizing a triples event. Each match consists of 6 games, plus a tiebreaker if the score is 3-3. Play all 6 games, regardless of the score (e.g. 4-2, 5-1, 6-0 are all possible scores) as this keeps matches on court for about the same time and can be useful if a countback is required.

Each player serves one game. The games will be sudden death deuce. As already stated, one member of the receiving team receives serve for an entire game. The other players can stand anywhere. The strongest player in each team must serve, and receive, against the strongest player in the opposing team. Similarly the 2nd and 3rd ranked players in each team will serve and receive against each other. This is important as it makes for a fair contest. Tiebreakers are first to 5 points. Players serve one point in rotation during a tiebreaker.

Keep teams the same throughout the event as great camaraderie soon develops and also because it takes a little while for teams to sort out strategy. And take your vidcam!